Intervention Architecture Ltd (IA) is an interdisciplinary design studio based in Birmingham.

Our way of working is collaborative and open, to enable extensive exploration of ideas, an inherent appreciation for craft, and the value of workmanship and materials.

We are an award winning, RIBA chartered architecture practice, a young boutique studio, with a rigorous design approach, from development of sketches to material details, to the making of space and collective involvement is essential to the realisation of our projects. From community-led architectural regenerations, to artist collaborations, we invite people to become engaged with space in innovative ways.

We involve community engagement in our design and making, as well as undertaking temporary structure physical builds ourselves as a studio.

Our interest is in site responsive works, engaging with users throughout each stage, with each unique site context. We consider any scale of project, happenings, existing development or new build.

We look forward to future conversations, investigations and research for our project based studio practice.

In 2019, we won ‘Architects Practice of the Year’ at the West Midlands Property Awards, Insider.

If you would like to get in touch please contact IA, we look forward to hearing from you. 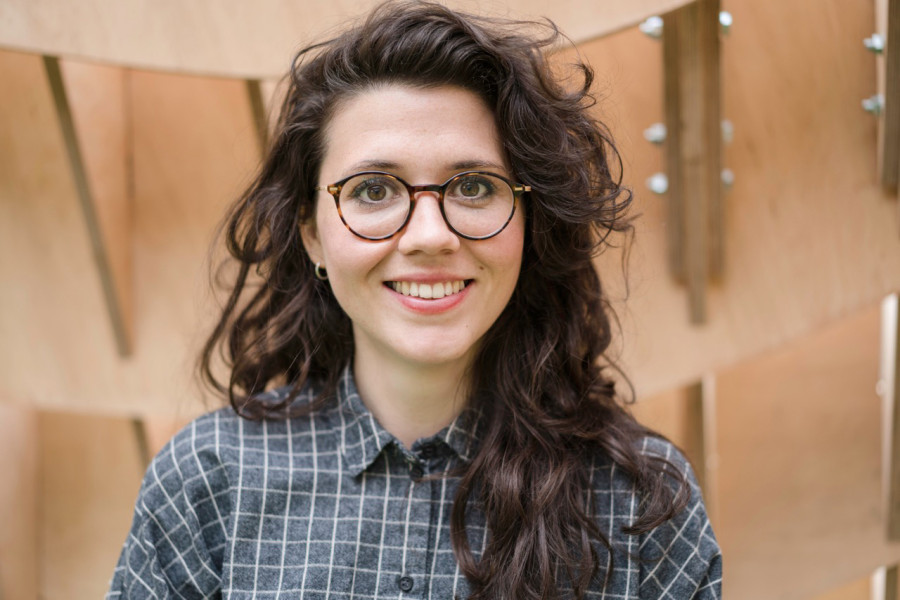 Anna has been shortlisted for; UK Construction Week Role Model; a national RIBA ‘Rising Star'; the Birmingham Post ‘Business Entrepreneur of the Year’, listed within the ‘Midlands top 50 Entrepreneurs’ (Insider), and was nominated as a finalist for Birmingham’s Young Professional of the Year.

Further to her RIBA chartered membership, Anna sits on the panel for the RIBA Small Practice Group, and the RIBA Education Publishing group, which regularly meets in London.

Anna has taught at the Birmingham School of Architecture since 2014, and has led a 3rd year design studio on the Undergraduate Course. Several of Anna’s students have been nominated for the prestigious Royal Institute of British Architects (RIBA) President’s Bronze medal award in the academic years in which she has taught to date. 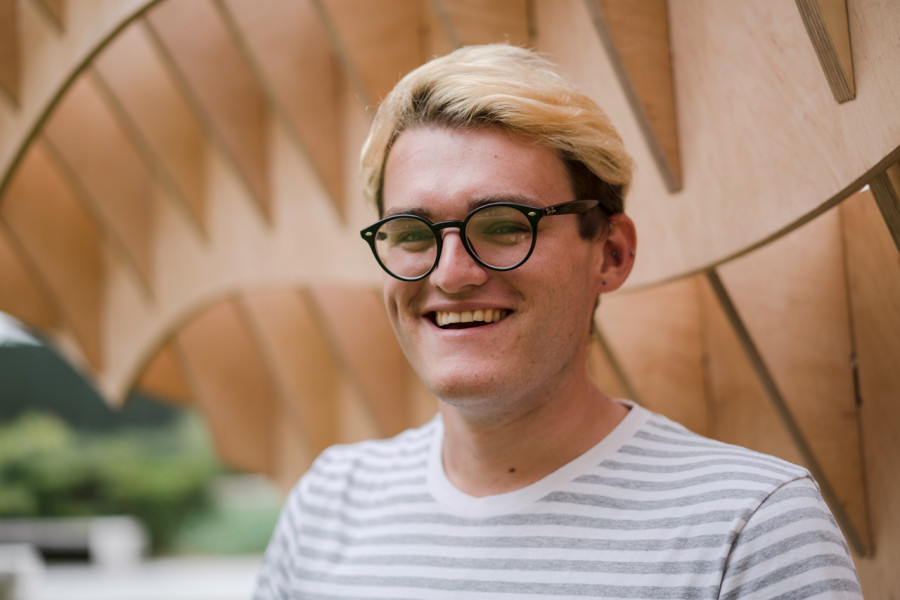 Jac Doody joined IA in 2016 and has been integral to delivering digital fabrication as a cornerstone of intersectional design, leading projects such as Ways of Learning and The Club’s Conception, and Barbican Dancer’s Studio.

Whilst working at IA, Jac graduated in Masters in Architecture from the Welsh School of Architecture with Distinction in 2020, receiving the High Commendation for the AJ Student Prize 2020 and the RIBA Silver President’s Medal Nomination from the school. In addition, he was awarded the Colwyn Foulkes Memorial Prize for best Master of Architecture Design in the Built Environment for his thesis project ‘Dreamland: Samson’ that responded to the Isles’ of Scilly’s precarious situation in relation to global sea-level rise by proposing a theme park of environmental delights to combat climate anxiety.

Preceding this, Jac completed his Part 1 studies at Birmingham School of Architecture and design, BCU, in 2016 with First Class Honours, where he was awarded the RIBA Bronze President’s Medal nomination. Which led to a year-out in London at Grimshaw Architects on the Nine Elms Station.   Currently, Jac is also a visiting skills tutor for the masters course in Architecture at BCU. 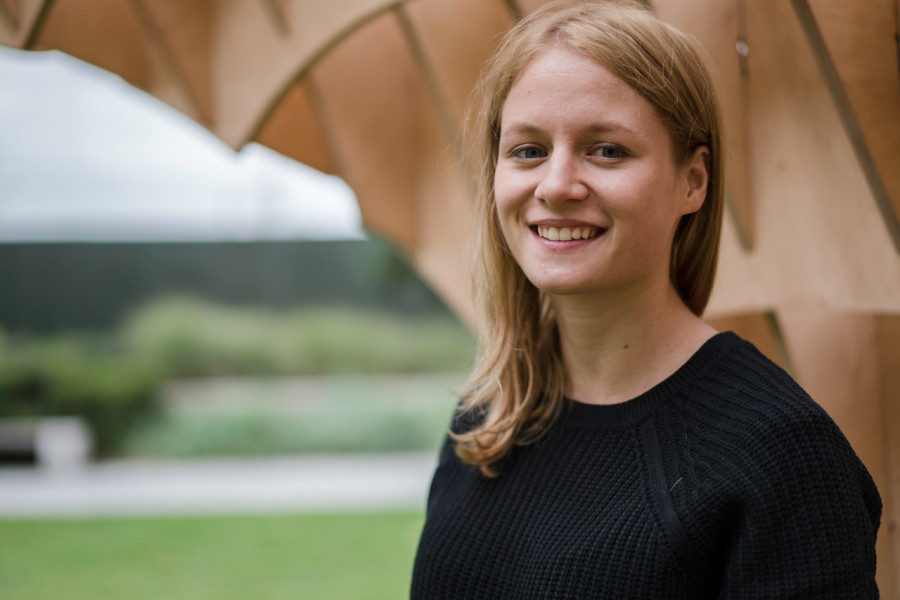 Marina Strotz is an Associate and RIBA chartered Architect at IA, gaining her final qualification whilst at the practice, and has also been elected as the first female President of the Birmingham Architectural Association (BAA). Marina, also an-award winning student graduated at Birmingham city university for each 3-parts of her architectural studies.

Within the practice, Marina has successfully led several projects to completion with our team, including The Whisky Club, and Illustrator’s Botanical House and Midnight at the Inventor’s. Currently Marina is our lead for BIM technology and revit modelling on our larger scale projects and collaborations. Within her role for the BAA, which is pivotal for the construction and industry in the west midlands, she has championed a successful lecture series ‘Resilience’, and created an open network in providing a voice for local practitioners. This in addition to her two previous years as VP, has  enabled Marina to shape the BAA to be the most successful RIBA chapter in the UK outside of London.

Marina has over eight years experience delivering projects and working closely with clients at all stages from joinery connection details to airport terminals. Regardless of scale, her passion is to create great-quality and crafted designs tailored to any budget. 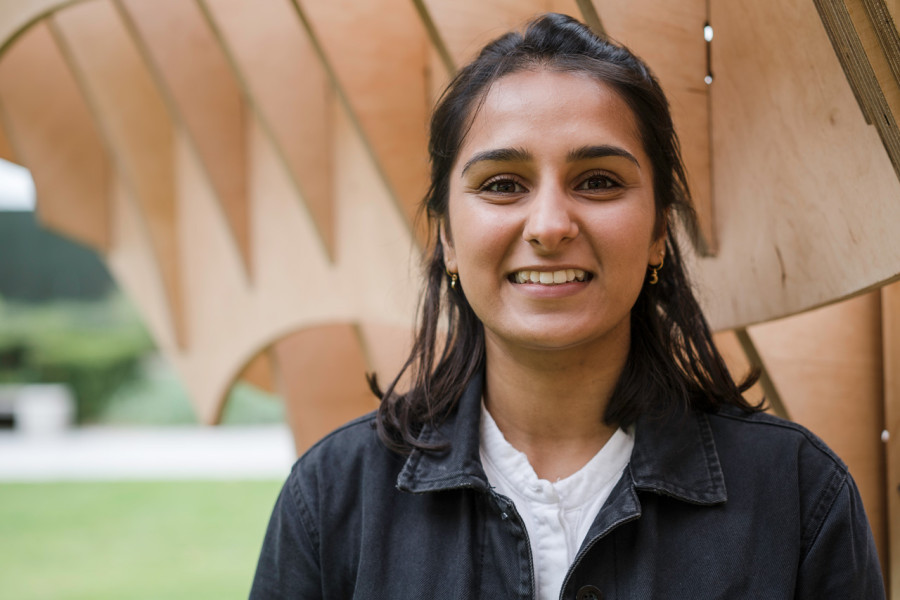 Ayesha Kaur graduated from the Birmingham School of Architecture with a Masters in Architecture in 2019, where she received the AJ Student Prize nomination and featured in the Architects Journal publication. Her project developed the ‘Ilha’ or ‘islands’ of low-income housing within city blocks. ‘The Island’ scheme proposes a hybrid model for housing and common spaces which foregrounds ‘the found conditions’ of the site, imagining the architect as an active agent for change.

Within the practice Ayesha’s interests in meaningful community consultation have contributed to recent projects at Bearwood Community Centre, and the Solihull Integrated Transport Hub. In addition to this her attention to detail and material narratives were also part of a Small cup of Char.

Following her First Class Honours Degree in 2016, where she was nominated for the RIBA Bronze Presidents Medal, for her project “House of Memories”.

Ayesha joined IA in 2017 following a year experience at Hawkins Brown architects, London, where she worked on a Cross Rail project based at Tottenham Court Road.